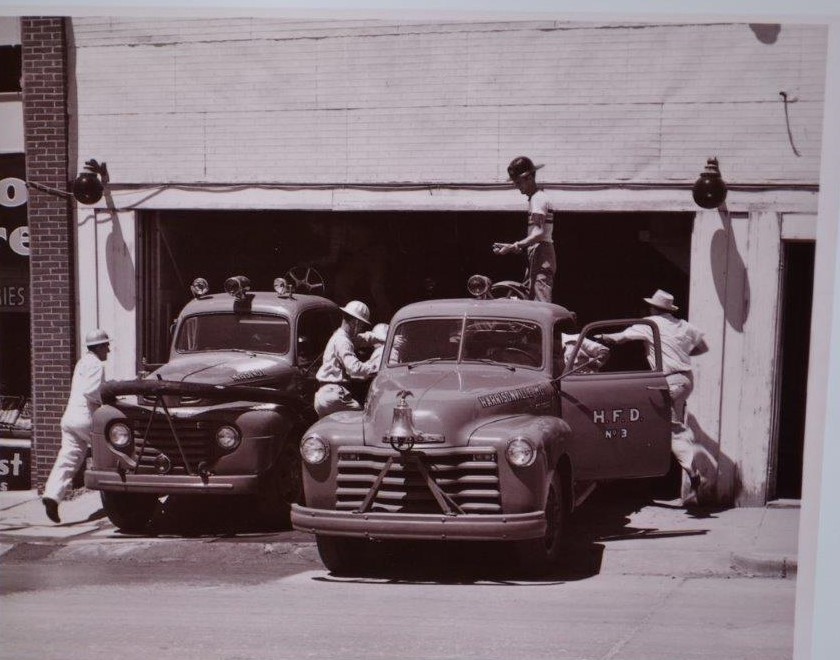 has an interesting history from its humble beginning to the department that it is today.

The first firefighting equipment was purchased in the City of Harrisonville on November 29, 1869. However, it wasn't until the south side of the square burned on February 5, 1900, that an actual Harrisonville Fire Department was organized.

The city established a volunteer fire company in July 1900, which operated until 1919 when the city began contracting with the local American Legion Post number 42 to operate the department. Fire protection was provided in this capacity until 1987 when it was once again brought under the direction of the City of Harrisonville.

was established in 1971, and was operating as a separate division of the City of Harrisonville. HEMS began as a volunteer service with one ambulance and seven personnel and evolved to a 24-hour in-station service that employed six full-time paramedics, 12 part-time paramedics, and 20 part-time EMTs.

HEMS was one of the first Advanced Life Support Ambulance Services in Cass County. HEMS covered most of the southern half of Cass County including the communities of Peculiar, Freeman, East Lynne, Gunn City, Garden City, Archie, and Drexel.

This division is responsible for the Emergency Operations and Hazardous Mitigation Plans for the City of Harrisonville. Other duties include weather spotting and assisting on emergency scenes with crowd control and traffic direction.

In 2007, the three divisions of the City of Harrisonville, the Fire Department, Emergency Medical Services, and the Emergency Management Agency consolidated services to create the Harrisonville Emergency Services.

Initially, the staffing levels and times of coverage remained the same. Fire suppression staffing was from 8 a.m. to 4:30 p.m. and volunteers covered from 4:30 p.m. to 8 a.m. and on the weekends and holidays. EMS maintained a 24-hour on and 48-hour off schedule. Emergency Management personnel remained volunteer or on-call basis.

In April of 2009, the residents of the City of Harrisonville overwhelmingly passed a three-eight-cent public safety sales tax that was used for personnel in the Emergency Services Department and Harrisonville Police Department. This tax allowed the department to hire additional staff and provide 24-hour in station coverage for fire suppression.

Staffing is currently a combination of full-time, part-time, and volunteers. The department staffs two advanced life support ambulances and an additional ambulance in reserve for a heavy call load. All personnel is crossed trained to be certified in fire suppression and emergency medical services. The line personnel is currently working a schedule known as a Modified Berkeley Schedule. They work 24 hours shifts from 7 a.m. to 7 a.m. the following day.

Administration of the department is held by the emergency services director, more commonly known as fire chief. The ESD is responsible for the overall operations of the department, including the medical billing office.

As Harrisonville has grown, it has expected more and more services from this department. No longer is a fire department just expected to put out fires. To make sure we live up to the expectations of our residents, Harrisonville Emergency Services provides a response to fire suppression incidents, hazardous materials responses, auto extrication, odor investigations, carbon monoxide detection, confined space rescue, and technical rescue operations.

Another major component of the services provided is public education. It is our belief that in order to be prepared for an incident you need to know what to expect and how to handle the incident. This is why we pass this information along to the citizens.

City Hall was the original location of the fire department. In the 1970s the department relocated to 903 S. Commercial and was known as Station number 2. In 2001, the facility was under renovation and additional space was added to move the EMS Department out of the basement of City Hall. The new facility houses both fire and EMS Departments.

The new facility allows greater room for the equipment, staff area, sleeping quarters, and training areas for both staff and the public. The administration offices are located at the south end of the facility. 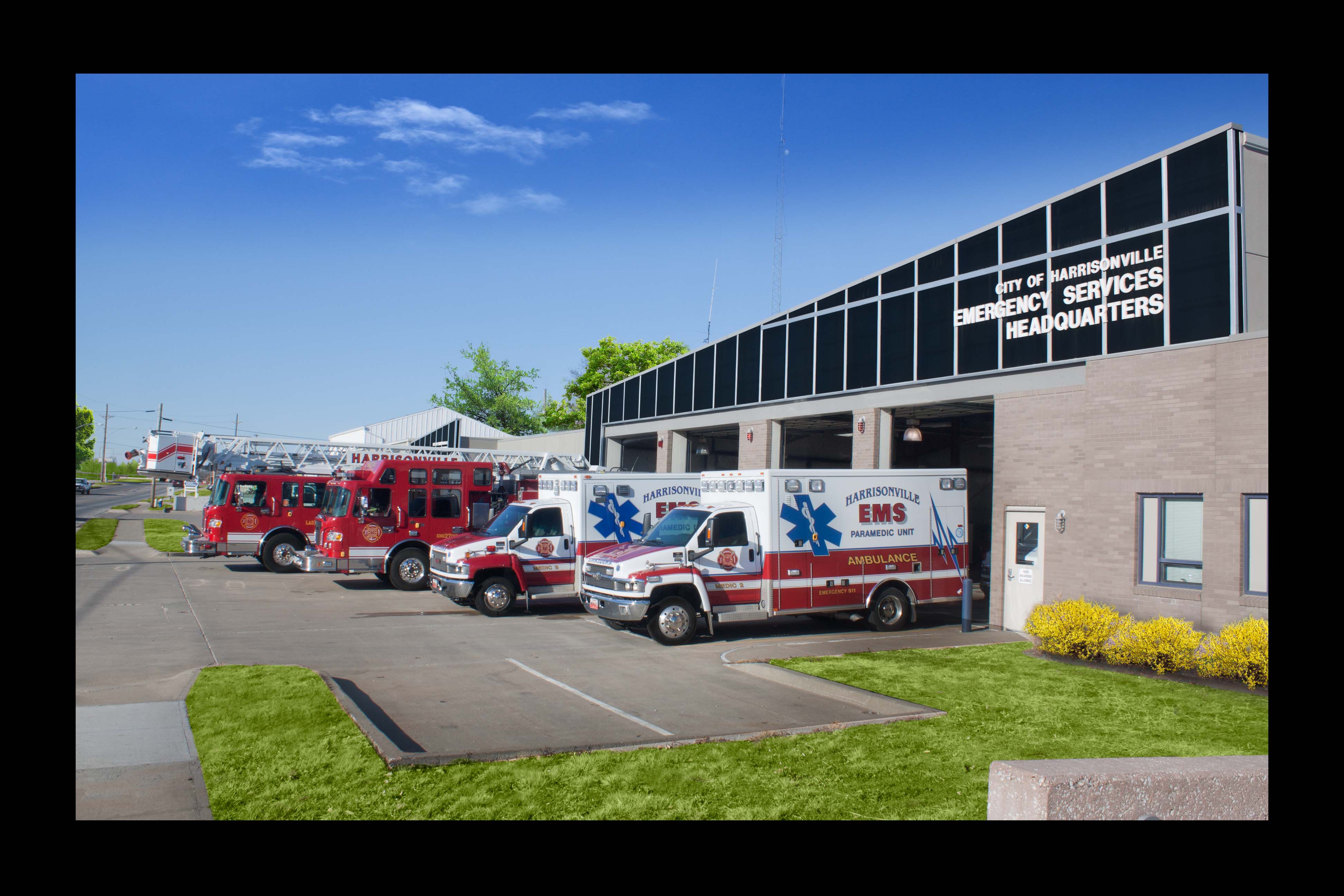