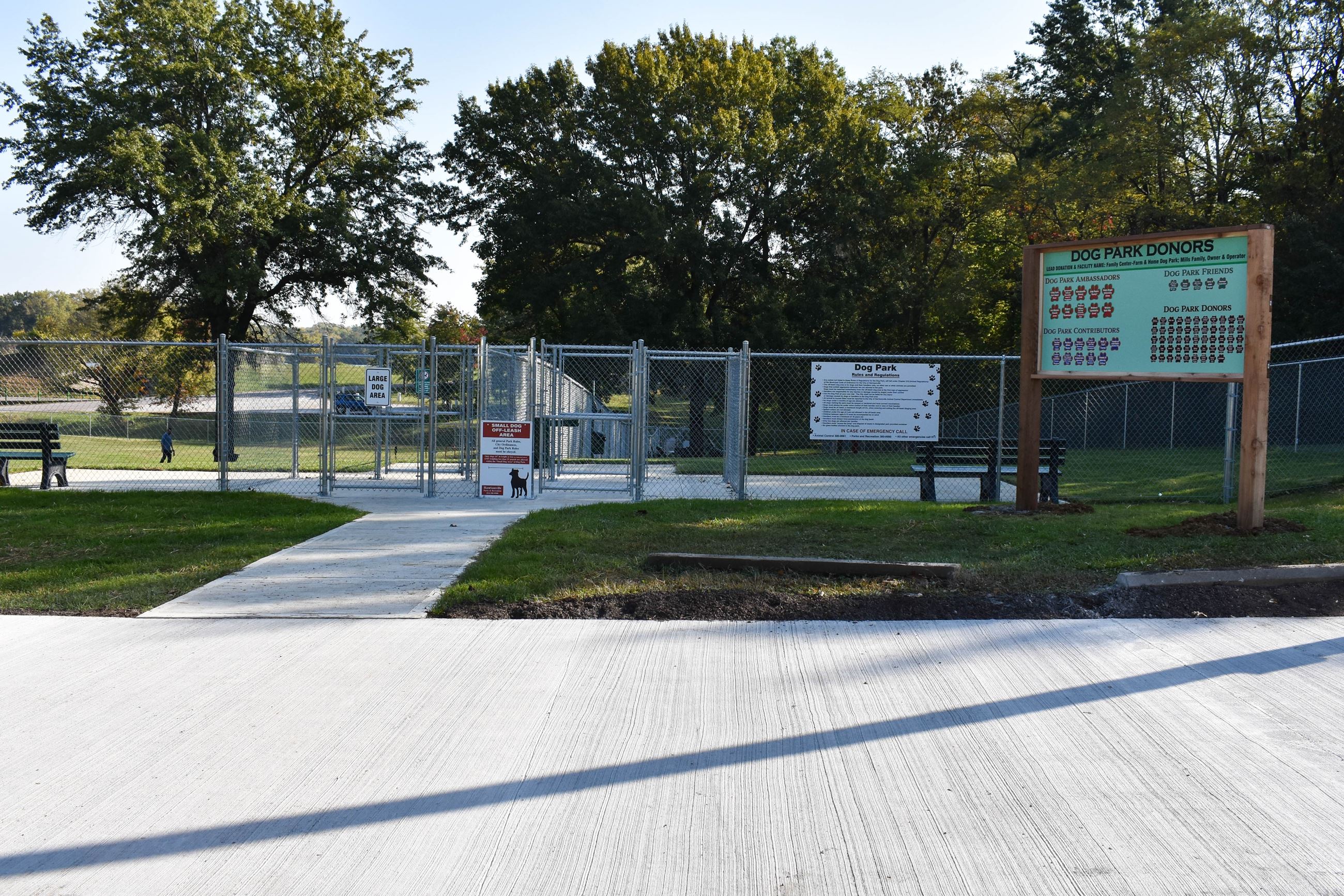 The Family Center Farm & Home Dog Park, located next to the basketball courts, within City Park, was opened in October of 2020, after an exciting collaboration between Harrisonville residents, community organizations, Elected Officials and City staff.

A vivid example of a public/private partnership, funds for the park were raised entirely by generous donations from the Harrisonville community, including a selfless donation from the Mills family and Family Center Farm & Home, who provided all portions of the fence for the park.

We are thrilled about this new opportunity for our community and are excited for you and your furry friends to visit and play!

Any action not listed in these Rules & Regulations for the Dog Park will fall under Chapter 210 (Animal Regulations) of the Municipal Code of Ordinances for the City of Harrisonville. 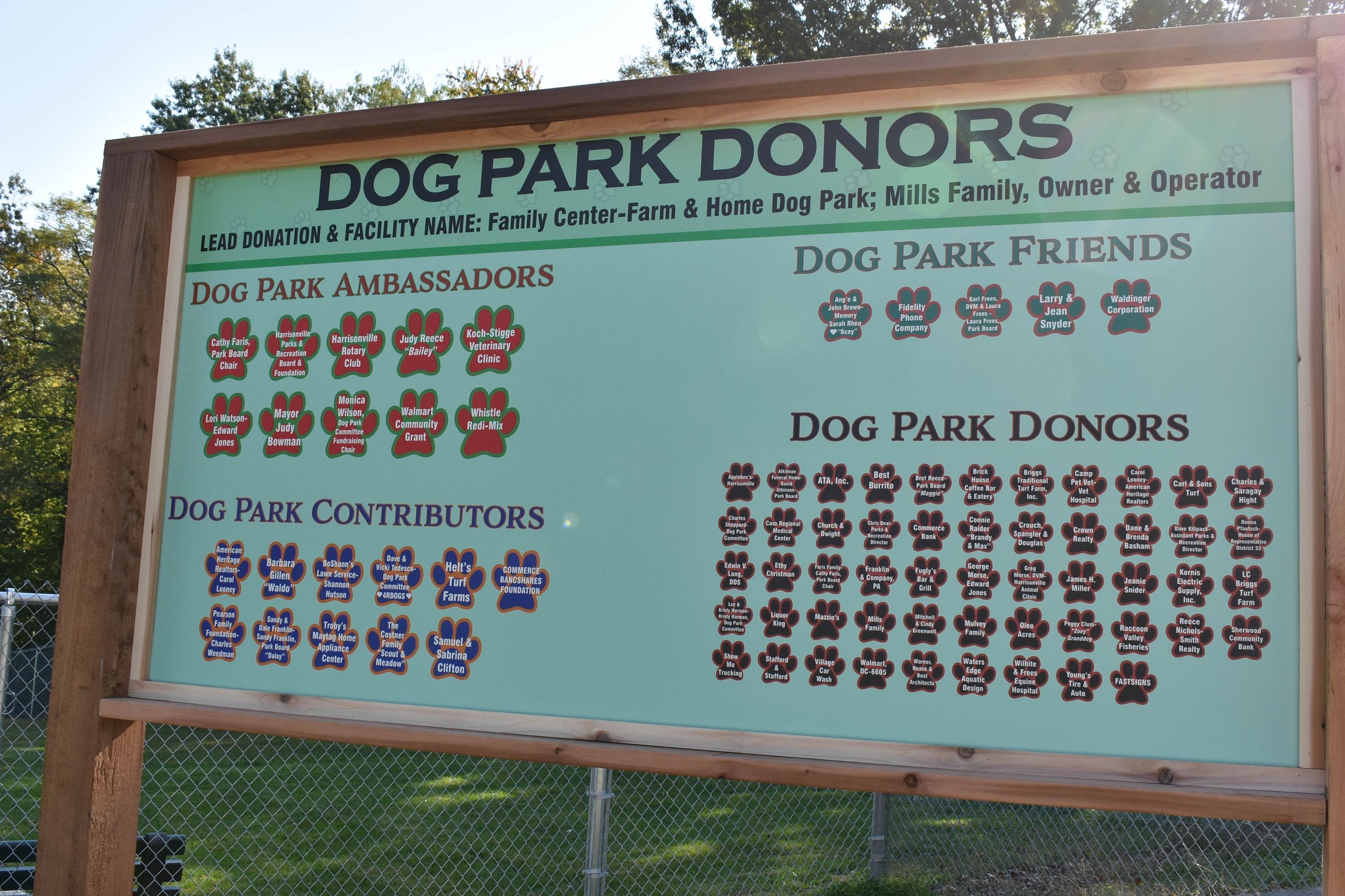 We would like to extend our most sincere gratitude and appreciation to all those who contributed to this project. Those names include: